The ARTIST AND THE YOGA TEACHER : and they live happily ever after….

Posted by 2012thislandisyourlandseatosea on May 1, 2013
Posted in: Uncategorized. Leave a comment 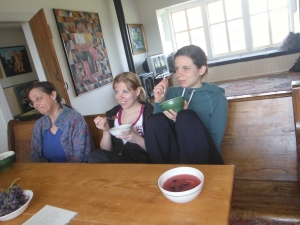 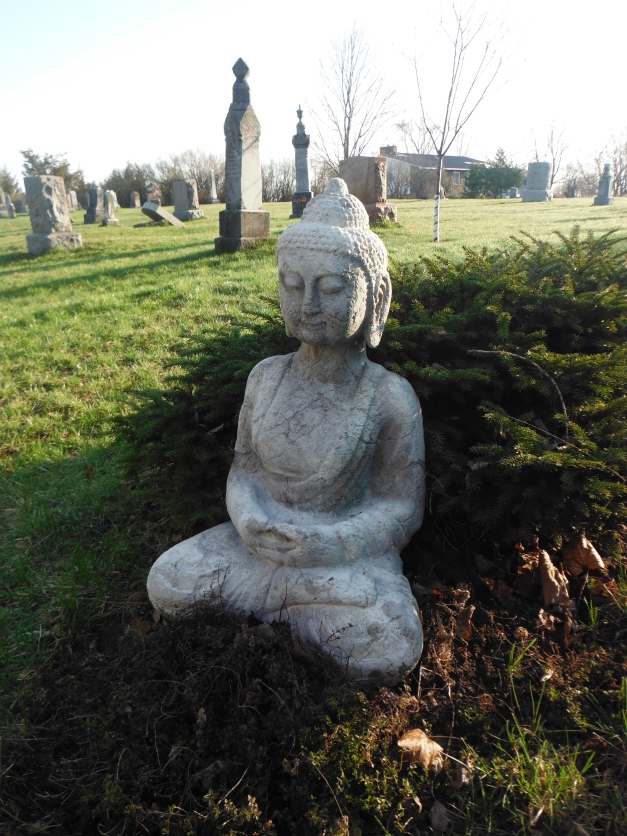 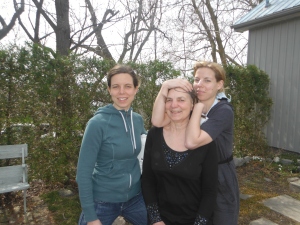 There is no photo of Denis Noble available, however the story goes like this.

There once was a Yoga Teacher on the Danforth, above The Carrot, who had been doing this discipline before it became so popular.( we are looking at maybe 2-3 decades) and she wants to find an eye-catching art design, a cubist geometric fixture, to put on her wall in the exercise room to assist her students in focusing. She had viewed Denis Noble’s cubist pieces in Hazelton Lane’s Gallery in Yorkville and she sought him out, to do this project. This prolific painter ..This Artist, (a graduate of Ontario College of Art in 1966) and This Yoga Teacher realize that they are visionaries, that they both have a passion, that they want to share with others. They purchased this cobblestone Wesleyan Methodist Church in the late 1990’s(built-in 1877) one of only 3 such cobblestone churches in Ontario; the congregation had moved to another location in 1968, and it was a structure in need of much work.

Old traditions of the fading past had assisted mankind to a knowledge and appreciation of our own inward self, as well as the world’s outward order of facts
and as Joseph Campbell puts it, the lacking spirituality needs to be reviewed.

I must say that although I was confirmed in a similar such church (Garneau United Church, at U.0f A. in Edmonton, Alberta at 13 years of age), this renewed venue was so filled with love, and dignity, that it was not a foreign ground, it was like coming home(with the exception: there was no religious bent).

It is worth your while to acknowledge Walt Witman’s .Leaves of Grass(1858..also a visionary, at about the time the Wesleyan Methodist Church was being constructed).

I hear and behold God in every object , yet I understand God in the least
Nor do I know who could be more wonderful than myself.

Why should I wish to see God ..better than this Day?

In the faces of men and women I see God and in my own face in the glass.

I find letters from God deposited on the street and every one is signed with God’s name.

I leave them where they are, for I know that others will come to partake..

Brigitte Kortright has 3 daughters who became involved in this extensive project and there is evidence of Robin(presently in Japan) in the Vegetable Garden, and Jasmine’s work on the landscaping and Jacqueline’s continued instruction of Tai Chi, alongside her mother’s classes in Yoga.

So, I know very little about Yoga, but because of my cousin, I started going to Jacqueline Kortright’s Tai Chi Classes and I was so inspired by the graceful movement, the hard and soft movement, fast and slow movement, and well, now, I want so much to integrate this into my life.
However what is really amazing is that in all those classes that I attended, I only felt unconditional acceptance, and I did not feel self-conscious.
Then at this wend retreat, the first thing that caught my eye, was not the exercise program, the mindful eating of beautiful vegetarian cuisine, the meditation, or the landscaped gardens. What drew me in was the art work.

The 2 figures are a repetitive art form. One figure is female and one figure is male. Denis Noble has created such equity in these duo individuals, and each individual has a masculine and female component.
When I view his paintings I feel absolute love, peace and love and reverence for relationships that harbour such equity.(I also wonder if my late husband and I ever attained such a peace found in unconditional love and acceptance).

I later found out that this has been his LOVER SERIES.

When I returned to Toronto, I saw things differently. When I walked down Yonge Street, the nanosecond assumptions about conversations, body language etc, of passersby, that passed me by, I only saw all these amazing bodies, with 10 major organs doing collectively, collaborative bodily functions.. walking by, and thinking of the miracle of OUR UNIVERSE within and THE UNIVERSE that surrounds us.& the infinite and the finite…and and

We shall not cease from exploration

and the end of all exploring

will be where we started from

and know the place for the first time.