Posted by 2012thislandisyourlandseatosea on August 16, 2012
Posted in: Uncategorized. Leave a comment 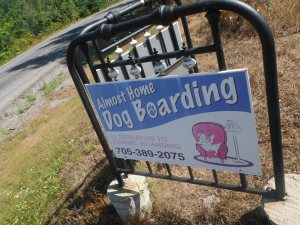 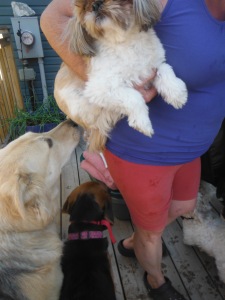 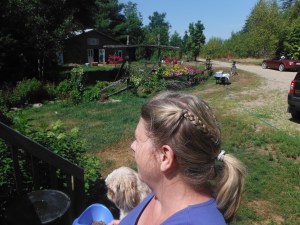 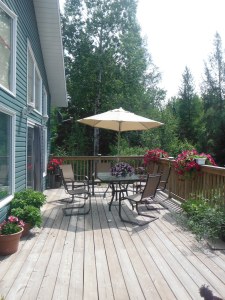 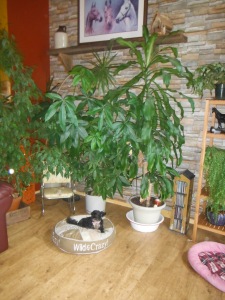 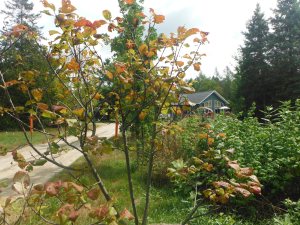 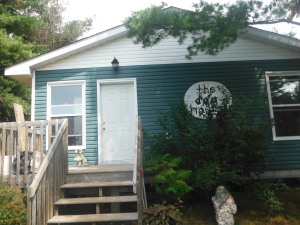 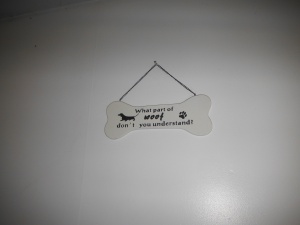 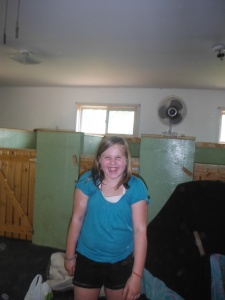 Everyone is barking.  Cathy is bringing a new little Shiatsu in her arms.  Gosh, look at Mitzi,(half German Shepherd) Hope,(half hound),Tas( Tasmanian Devil, ) and Chip(Schnauzer)…the sniffing begins.  The above mentioned dogs are not boarders, they live in the main house with Cathy and Bob Nicksy.

Now they are all playing tug-of -war.     Poochi (half Poodle & Chiwawa), also called Princess, is content to just watch.

Poochi serenely sits on a cushion.   The early morning light filters through the of plants in the Nicksy living room

Buddy (the new border) seems to be just watching too.    “No, he’s waiting …waiting for what??”  thinks Poochi.

The front door is open a fraction.    Buddy is heading over to that door.

This little guy is heading down AMOST HOME’S driveway at the speed of a bullet.( Lone Ranger Tune  ta dat ta da..blasts out.).   Buddy hangs a left onto the gravel road, turning his head to check if his pursuer is gaining on him.

“This little(blank blank).. is 10 pounds of pure fury!!”  Cathy says to herself as she stops to catch her breath.    Panting & bending over, she holds her knees.   Then there is this thundering sound on the gravel behind her.   Mitzi and Chip have taken on the chase, surpassing her without so much as a glance.  The Calvary Charges past, purposefully; no  match for men on a mission!   “Here we come to save the day…”

They reach Buddy and herd him back onto the property, literally pushing him up against the barn.  Cathy arrives shortly after, praising her rescue dogs.

She  gratefully scoops up this wet bundle of exhaustion, and they all head home together.

He had a confused look on his face..like ” What just happened??”

Just to note:  that the photos were initially taken in the dog house, before Buddy arrived.    The fun that we were having is called Clean-Up Fun with the most slobbering Newfoundlander dog interrupting the process of tidying-up.    Nine year old Abby, a friend & helper obviously sees the humor in her job.  The St. Bernard border is planted in the DOG HOUSE  foyer.

ALMOST HOME BOARDING for Dogs is the most accommodating friendly milieux;  dogs of every breed follow suit and respect their Alpha Male…Cathy Nicksy. (with an occasional exception..like little Buddy).