THE CANADIAN silently snakes along the tracks,as dawn breaks over a sleepy Parry Sound, Saturday May 26th,2012

Posted by 2012thislandisyourlandseatosea on May 27, 2012
Posted in: Uncategorized. Leave a comment 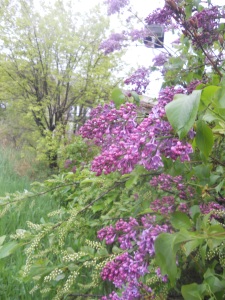 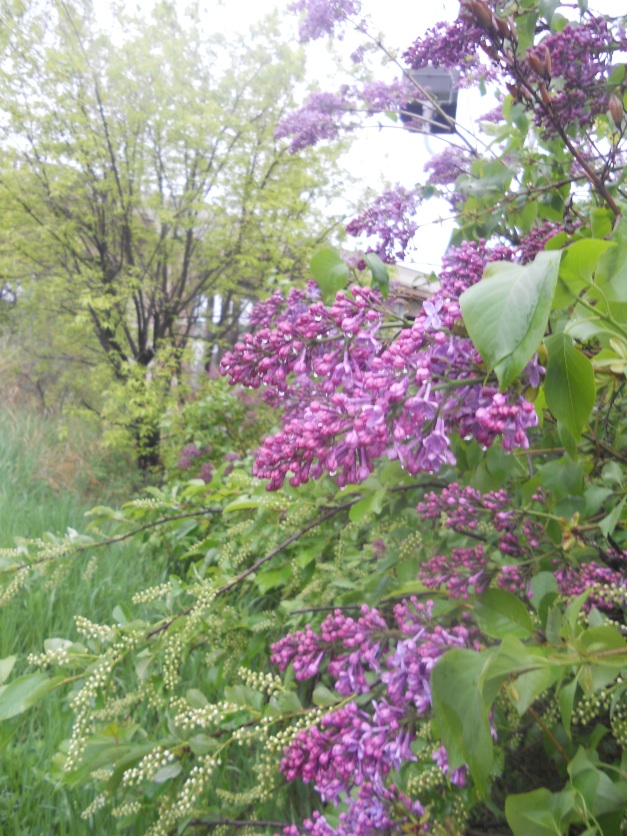 If winter comes, can spring be far behind?

I drove south on highway 400 (the once tractor-trailer horror, highway 69) the last week of October 2011.  I left my car in my cousin’s underground condo garage for 7 months  at Danforth &Broadview (Toronto)and flew to Newfoundland for the winter.

My travel  began essentially from Deer Lake, NFLD where I flew to Halifax and began the 2 month Cross Canada trip on Via Rail’s THE CANADIAN.

My first glimpse of Parry Sound municipality was May 26th, 2012,  and reaffirmed my continued belief that everything, everyone, every place is best understood  when witnessed from as many points of view, as  is possible;  (visually–bird’s-eye, worm’s-eye view etc) the recent train track point of view, and of course, a springtime point of view.

The once red maples had gone to sleep during the winter, only to  be reawakened.  The fresh kelly green is laced in and out, woven in between the coniferous winter strong holds, the leaning pine: black spruce, white pine.

There is the quote by Carman.”The scarlet of the maples  can shake me like the cry of bugles going  by.  In October I walked away with this sentiment.

And in the spring I was shaken with the lilac blooms on the banks of the South Saskatchewan  River.

in Saskatoon., as I thought of Wordsworth’s

“The meanest flower that blows can give       thoughts that  do often lie too deep for tears.” 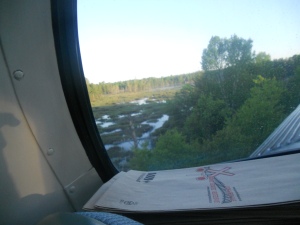