Posted by 2012thislandisyourlandseatosea on May 8, 2012
Posted in: Uncategorized. Leave a comment

Frost’s delight in composing the now all too familiar quote:

I CHOSE THE ONE LESS TRAVELLED BY AND THAT MADE ALL THE DIFFERENCE.

The Prairie is a personal piece of my memory.  It resides inside of me.

It embeds itself, a dormant fossil, into the warm cushions of my cerebral hemispheres.

It awakens with the first blush and  brush of a Manitoba spring breeze.

It arises to a verticality and views the horizontal space of the Saskatchewan’s space and landscape..

And like the turn of a dime, Sunny Alberta, (because Alberta has the most hours of sunlight of  all the

Canadian provinces)decides to put off spring for a few days, and brings on the bleak grey sky& snow of the past winter.

This last sentence is the foreshadowing of our lovely prairie.   The prairie also looms with this unpredictable sky, its presence allows us one gift; a reverence and humility to witness something greater than ourselves.

The prairie breeds humility.   One is at One with the elements.  Very basic stuff.(if you leave the comforts of Via Rail and 5 star meals).   The juxtaposition of the prairie silo over the Rockie Mountain backdrop symbolizes the importance  of  Canadian prairie and what it means to us.

I recalled a conversation of times revisited, by one person, who had been a student of architecture at the University of Manitoba, who actually revealed his “at first snobbery for the prairies” yet with further dialogue conveyed his true reverence for this “savage & unrelenting land”.   He, as a student had  done field trips out of Winnipeg and this is when his engagement and relationship with the prairies occurred.  This is when he could say with conviction “I am a man who loves the sea, yet in springtime, the prairie has wind blowing across an ocean of wheat.

There is a verticality, only in the persons who inhabit this flat land, the remainder of  line is horizontal.,

Think Dorothy Knowles and you go into the horizontal line.

The other person, last evening, also helped me  with my point of view, and appreciation of the prairie.  I know why.  Yet this is difficult to pass on, unless you feel this.  One only feels this from having lived many seasons here.  I will try to give you some idea .. what my hostess last night cited was that she had a friend and that he had been stranded in a snow storm on some remote road in the northern part of Saskatchewan; the risk facitor was great, & how the story line went was how this individual was able to sustain his life by adhering to basic instincts, acutely aware that if he did not stay with his vehicle he would simply die and this is in the 21st century.

Certainly all the details were not given,but the message is clear:

Between you and me, the greatest thing that keeps me humble,   is the  sky, an every changing sky.  A dear artiist friend of mine, from Grand Falls-Windsor , Nfld was quick to respond that the prairie’s  sunset gave her reason enough to be westward bound. 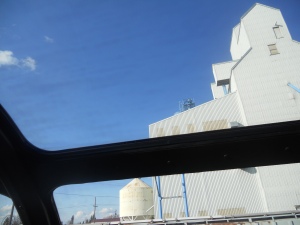 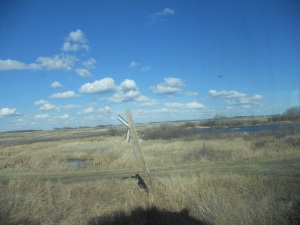 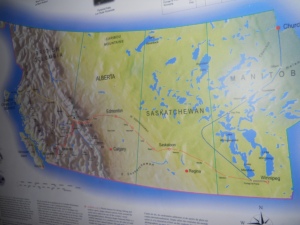 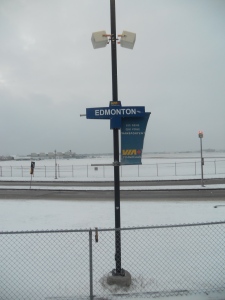