Sidney by the Salish Sea

Posted by 2012thislandisyourlandseatosea on April 27, 2012
Posted in: Uncategorized. Leave a comment

Ocean Discovery Centre in Sidney was an eye opener, a glimpse of the enigmas hidden beneath the surface of the Salish Seas.

As this photo to our  right suggests, the LIFE BLOOD of the Salish Sea is witnessed inthe planktonic organisms ..seen here when great clouds  of moon jellies appear. 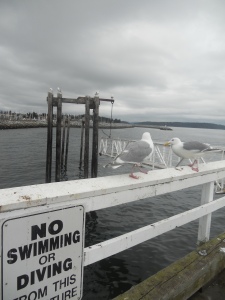 CYIDARIA  (getting down to basics) have one OPENING for both mouth and anus  ..surrounded by tentacles.

The Salish Sea is much more than an underwater world at the doorstep of  Vancouver Island and the Gulf Islands of BC and Washington State,  IT IS PART OFA VAST WATERSHED RUNNING DOWN FROM THE COASTAL MOUNTAINS ,  where natural ecosystems struggle to survive the spread of thriving cities and industries.  SALISH SEA FACTS:

(for me (as in previous blogs)there is comfort in numbers, basic logical facts, as  even well meaning  emotions, with all their feeling,are not always logical….and then one goes to logical< what does that mean??) Presently, I am living with a person who majored in PHILOSOPHY)  the pre-Socratic CLASS THAT WE ONCE ATTENDED 3 DECADES AGO, CITED THAT THE PRESOCRATIC PHILOSOPHER THALES DEFINED HAPPINESS AS BEING:

A PLACID /EVEN TEMPERAMENT

Certainly the disclosure of statistics secures one to an anchor in the changing times that we live in.

to move on to the informative and visual aspect of this PART OF CANADA, THE WEST COAST ONE continues with:

THE MAIN MESSAGE IN THE VIEWING OF SUCH AN ECOSYSTEM IS TO BASICALLY ILLUSTRATE HOW every creature, large and small  PLAYS AN IMPORTANT PART in our PLANET’S  VIALBILITY….HEALTH..LIFE.

WHO EATS WHO?  For  example the KILLER WHALE’S MAJOR FOOD SOURCE is the CHINOOK SALMON:  the picture of the cylinder tank reveals chinook salmon circling, as  does the METAL ART SCULPTURE  placed in the front of SHAW DISCOVERY CENTRE, a few steps away from the Salish Sea. 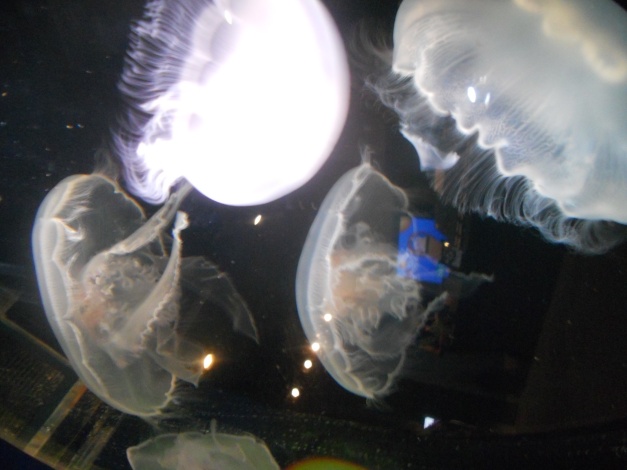 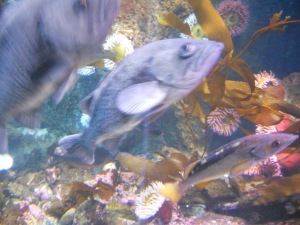 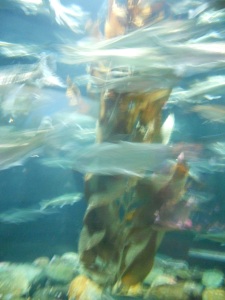